Water in Jakarta, Indonesia, The Most Expensive Water on Southeast Asia

Posted on Monday 27 February 2012 | By utchanovsky

Someone post this news in Yahoo Indonesia and other mainstream news portal using Indonesian Language. I’m re-posting this news in English, for more wide spreading the danger of capitalism in vital sector Industry. I think the country failed establishing people’s rights.

Many people in Jakarta complaining about the water service in jakarta. Starting from the price, bad service, and the contract between country water company (PAM) and it’s private partner company, Palyja and Aetra. The contract it self was started in 1997.

Until end of 2010, PAM should bear the loss Rp 610 miliar and debt Rp 530 miliar. The company it self gain minus equity about Rp 985,72 miliar. The PAM continues to lose money, they were unable to get some profit because according to contract, the privat company partner ask for increase profit for each six month. Instead gain some profit, PAM should give it’s profit to it’s Partners.

The Aetra it self has good performance. First 3 months in 2011 (first quarterly), this company gain net profit Rp 27,90 miliar. This profit increase according in same periode last year which about Rp 16,43 miliar. This year Aetra also have paid the investors dividend about Rp 200 miliar.

since the beginning of this contract is detrimental to the company. And if the contract isn’t change, PAM condition will getting worst and will assume debt about Rp 18,2 triliun in end of contract periode (year 2022). The company must take back and regain profit, and it start with stopping the contract with those capitalism company. 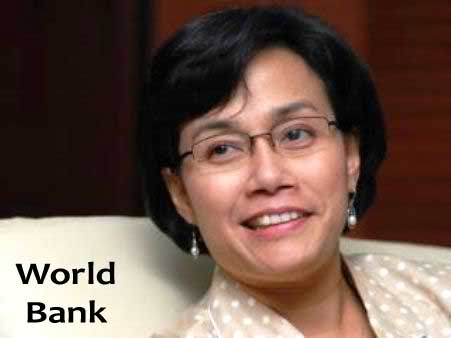 No Need To Proud